The Scams by Generation Will Surprise You Scams come in all shapes and sizes and today’s scams by generation are a topic all its own.

A number of reports in 2020 by the Federal Trade Commission, the FBI, Microsoft and others all point to a few sad truths

Is that a surprise? Yes, and no.

Roll back the clock forty years ago, and the senior citizens of that day were the most targeted age group. Today, however, technology and societal interaction has changed that.

Younger people are even more likely to succumb to a variety of scams, all designed by con artists specifically for them by deceptive, thieving and ruthless scammers. Read our article on this topic at WhatIsMyIPAddres.com.

Here’s a look at how the generations are defined by age and how old they’d be in 2021.

For the purpose of this article, we’re lumping together a few groups and calling them those retired and those nearing retirement. They’re represented by the Baby Boomer category. The Millennial category represents those in the heart of their working years and probably the children of baby boomers, Finally, we look at the Generation Z, an age group that was the first to grow up with the internet, social media and smart devices.

If a Baby Boomer has living parent, they’re truly “senior citizens” as the world defines our oldest citizens. Their numbers are decreasing quickly, and they are probably less connected to the world via technology. GenXers (who are likely children of the Boomers, are more like Millennials than Baby Boomers when it comes to internet lifestyles.

Of course, there’s plenty of overlap between these age groups, as well as broad generalities. The information provided below won’t be accurate for everyone, but for our purposes we’re going to focus on three primary groups. Baby Boomers, who have lived with the internet for the past 30 years; Millennials, who were the first to use social media platforms and are very tech savvy and tech comfortable; and Gen Z, the first generation to know the world through the eyes of the internet and social media.

There are two types of numbers that come into play when you look at statistics about scam victims, and they tell different stories:

Why is this important? Because how an article presents a number could be misleading about the problem.

For instance, a certain type of scam on the uprise may have increased by 50% in a year, which is a big jump. But those losses in dollars might be insignificant compared to a scam that accounts for the highest percentage scam in total.

The top scams hitting seniors (57 years old and up)

Here were the top 9 costliest scams for Baby Boomers in 2020:

The pandemic didn’t help matters. Again, scammers go wherever there’s opportunity and the Covid-19 panic didn’t help matters. Seniors lost an estimated $104 million to pandemic-related scams ranging from fake treatments, to protective gear that was paid for but never delivered. The FTC reported more than 26,000 complaints on Covid-related fraud.

And across the board, scams increased dramatically where seniors were concerned.

Still, as mentioned earlier, we shouldn’t be fooled by the percentage increases alone. Online shopping scams increased percentagewise the most, but seniors lost the most money to investment scams.

The top scams affecting what used to be called “Gen Y” are the following:

The likelihood of losing money is just part of the story—how much people lose is also important. The median individual amount Millennials report losing to fraud is $400, much lower than what people 40+ report. But those individual losses add up:

By the numbers, here was the impact of fraud on this group.

Millennials, who are between the ages of 25 and 40 in 2021, find themselves in an interesting spot. Most of them were introduced to computers as kids and they grew up when the internet was growing up. They’re not as tech-immersed as Gen-Z (who grew up with smartphones), but they’re more tech-comfortable than their baby boomer parents.

They do as much as they can online and they’re early in their careers, building toward the future. Because their parents encouraged them to graduate from college, many of them may have significant student loan debt. They’re always looking for ways to save money when they shop, make more money when they can and stay out of serious debt.

When generations collide: The intersection of scammer and Millennial.

These facts about millennials explains much about where they cross paths with con artists.

In other words, millennials are likely searching online for solutions to reduce debt and make more money, In the process they’re coming across “bad actors”  and con artists posing to have solutions to their problems. No doubt, this is where the business impersonators come into the picture that have been ranking high on the top scams list.

Generation Z was the first generation that grew up with the internet and they have it integrated in most facets of their lives. Maybe that explains why they fall prey to internet-based scams more than their millennial brothers and sisters. Gen-Zers virtually live online.

In the past few years, ruthless scammers have upped their efforts to defraud this younger generation. The reported number of scams by Gen Z has jumped 123% over three years. Last year there were 23,000 reported scams of teens and younger adults. 70 million in losses.

What could be the best or most accurate explanation for this jump in numbers over the past year? Here are some ideas many experts have proposed, and they seem logical enough: Scammers are having success defrauding younger targets because…

That “let’s have fun behavior has led to plenty of online losses.

Growing up scam-free is hard to do.

Younger, tech savvy generations are generally thought to be safer from scams than older generations. But younger generations are on the internet more and have more social media accounts, says Aliza Vigderman, senior editor at Security.org. “They just might not be as knowledgeable about how to protect their information,” she says. “I think growing up with technology, they kind of inherently trust it, maybe more so than someone who learned about it or started using it as an adult.”

Social platforms, including dating apps, drew in a lot of younger users during the predominantly online environment of the COVID-19 era. According to security experts, young individuals are mainly targeted on social media platforms, the topbeing Facebook, Google Hangouts, Instagram, and WhatsApp.

Scammers engineer fake social media profiles on platforms like Facebook and Instagram to direct message and engage with young users. Once they’ve gained young users’ trust, scammers can lure them to platforms like Google Hangouts and WhatsApp to avoid getting caught or reported on the the mainstream apps.

Technology and societal interaction has changed the way scammers target their victims. It’s a whole new game to them. With the new tech and software available, deceptive scammers target low hanging fruit—those most likely to fall for their dirty tricks. And that happens to be those of us who are online the most.

The Easy Prey podcast is hosted by Chris Parker, CEO of WhatIsMyIPAddress.com, and is designed to help you stay informed, avoid scams and fraud, and keep you safer online and in real life. Check it out! 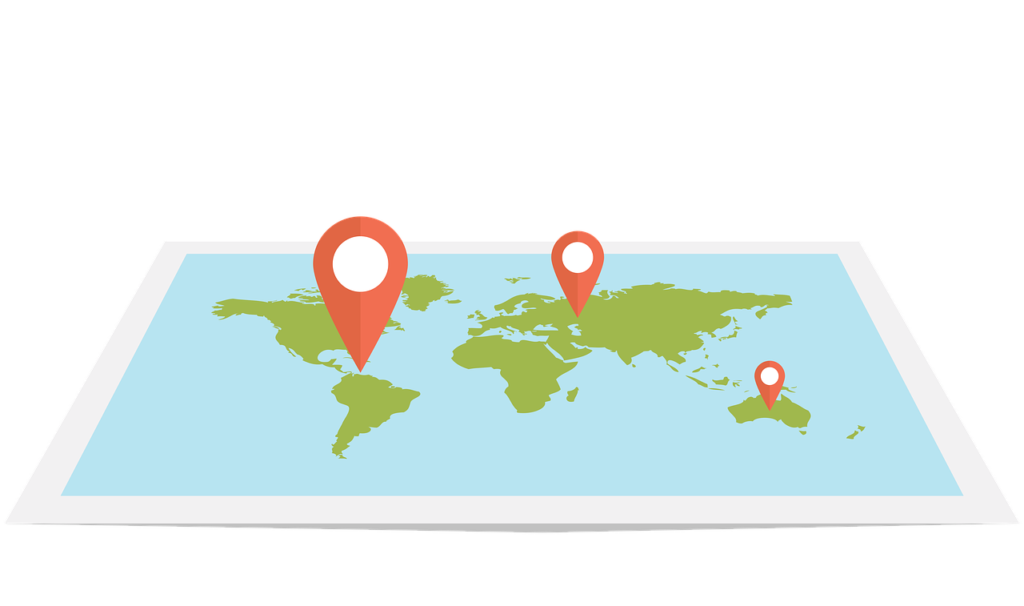