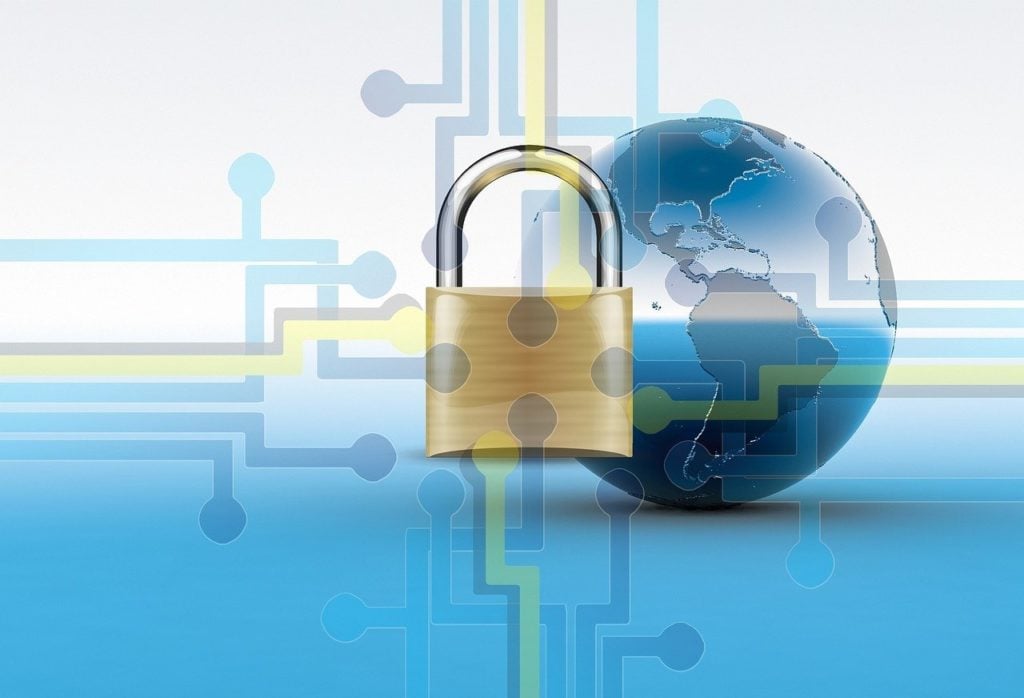 Technology is deeply ingrained in our modern lives. Whether you order groceries on your phone, use cloud computing at work, or utilize remote temperature control apps for your home, 93% of Americans today are using the internet and 85% of Americans own smartphones. Chances are, your grandmother is on her smartphone right now beating your top score on Wordle.

Unfortunately, along with all the conveniences of modern technology come the downsides. According to the Identity Theft Resource Center’s annual data breach report, there were 1,862 data breaches in 2021, nearly 70% more than the year before.

From the basics to the more nuanced, these are 25 cyber security terms you need to familiarize yourself with to stay informed and aware at all times about safely using your technology.

IP stands for ‘Internet Protocol.’ A protocol is a guideline that must be followed in a set, specific way. IP is actually networking software. It comes with your computer and it makes it possible for you to interact with the Internet.

IP is the language of the Internet (so to speak): All IP networking software is identical throughout the world; that’s why a computer in China can communicate with a computer in Canada.

Any device on a network has and needs an IP Address. That address is a set of numbers and dots. Want to see yours right now? Click here.

Simply put, the cloud is the Internet—more specifically, it’s all of the things you can access remotely over the Internet. When something is in the cloud, it means it’s stored on Internet servers instead of your computer’s hard drive.

VPN stands for “Virtual Private Network.” A VPN essentially creates a secure, unhackable network inside the internet for you to use by encrypting your traffic and hiding your IP address. In a nutshell, your computer (or smartphone) is assigned an IP address every time you connect to the Internet. We explain this in more detail here in our newly redesigned VPN Learning Center.

A firewall is a software program or piece of hardware that blocks hackers from entering and using your computer. Hackers search the internet the way some telemarketers automatically dial random phone numbers. They send out pings (calls) to thousands of computers and wait for responses. Firewalls prevent your computer from responding to these random calls. A firewall blocks communications to and from sources you don’t permit. This is especially important if you have a high-speed internet connection, like DSL or cable.

There’s a reason it has the name it does. Like a nasty cold or flu, a computer virus has a way of spreading. The virus works initially by sneaking onto your computer and then attaching itself to a program once it’s there. Then, like a bad science-fiction movie, it can work its way through your computer and to other computers on a network through a shared disc, file, or document.

Malware is malicious software designed to do your computer harm. It can

Ransomware is an infection in your computer put there by a hacker or online thief. It’s a special form of malware, intended to hold your computer, files, or access to your accounts hostage in exchange for some form of ransom payment.

A Trojan Horse (or simply Trojan) is a program that gets onto your computer by tricking you into downloading something. If you ever hear warnings from people telling you not to open an email saying you’ve won a free European vacation, it’s because once you do, you might have downloaded a Trojan. After that, your computer would be an open door to a lot of mischief, including hackers.

A piece of malware that can replicate itself in order to spread the infection to other connected computers.

Spyware is a type of malware that functions by spying on user activity without their knowledge. The capabilities include activity monitoring, collecting keystrokes, data harvesting (account information, logins, financial data), and more.

A rootkit is another kind of malware. It is a set of software tools with administrator-level access privileges installed on an information system and designed to hide the presence of the tools, maintain the access privileges, and conceal the activities conducted by the tools. Rootkits are especially dangerous because they are hard to detect, making it likely that this type of malware could live on your computer for a long time.

Spam is generated by massive networks that are sending out emails in the millions, even billions. The forces behind this are called botnets, a network of controlled computers and networks that are used to deliver malware (bad software), spam, and a host of scams. These botnets (“robot networks”) are made up of computers that have been taken over and are manipulated by viruses or malware.

DDoS is an attack known as a Distributed Denial of Service. A DDoS is aimed at disrupting the normal function of a specific website. That means the attack isn’t random, such as a launched virus that’s aimed at everyone and anyone but no one in particular. A DDoS is planned and coordinated, and the goal is to make an entire website unavailable to its regular visitors or customers.

Antivirus software protects your device from viruses that can destroy your data, slow down or crash your device, or allow spammers to send email through your account. Antivirus protection scans your files and your incoming email for viruses and then deletes anything malicious. You must keep your antivirus software updated to cope with the latest “bugs” circulating the internet. Most antivirus software includes a feature to download updates automatically when you are online.

Spyware is software installed without your knowledge or consent that can monitor your online activities and collect personal information while you’re online. Some kinds of spyware, called keyloggers, record everything you key in—including your passwords and financial information. Signs that your device may be infected with spyware include a sudden flurry of ads, being taken to websites you don’t want to go to, and generally slowed performance.

Two-factor authentication requires a password plus something else — say, a code from an authenticator app — to prove it’s really you. Google Authenticator is an example of an app that can be connected to all of your online accounts and adds a solid layer of security.

For example, if you’re logging into your bank and you’ve turned on two-factor or your bank turned it on for you, you’ll type in your username and password. Then, as a second factor, you’ll use an authenticator app, which will generate a one-time code that you enter on the next screen. Then you’re logged in – that’s it!

MFA (Multi-Factor authentication) builds on 2FA but adds complexity as it requires more than two steps to access information.

CAPTCHA, an acronym for Completely Automated Public Turing test to tell Computers and Humans Apart, is a type of challenge-response test used in computing to determine whether the user is human. These can be distorted word images or puzzles with images you are asked to identify.

Phishing is a cybercrime in which a target or targets are contacted by email, telephone, or text message by someone posing as a legitimate institution to lure them into providing sensitive data such as personally identifiable information, banking, and credit card details, and passwords. The information is then used to access important accounts and can result in identity theft and financial loss.

Credential stuffing is a hacking technique in which attackers take a massive trove of usernames and passwords (often from a corporate mega-breach) and try to “stuff” those credentials into the login page of other digital services. Because people often reuse the same username and password across multiple sites, attackers can often use one piece of credential info to unlock multiple accounts.

Spammers could use your computer as a “zombie drone” to send spam that looks like it came from you. A Zombie Drone is defined as a hijacked computer that is being used anonymously as a soldier or ‘drone’ for malicious activity (e.g., distributing unwanted spam emails) by an unknown party. These unknown individuals, also called spammers, search for unpatched computers connected to the Internet with the intent of identifying machines that are vulnerable to attack.

What are the red and blue teams in cybersecurity? Named for the military game, the red team represents the enemy. They take the offensive and use whatever methods they can to undercut standard security. They think like the enemy, finding and attacking security vulnerabilities. The blue represents the home team. They focus on shoring up any defense issues by doubling down and examining the “walls.” Their approach is to triple-check security and keep looking for ways to improve it.

A Pentest is a colloquial term for penetration testing, which is a way assessors search for vulnerabilities and attempt to circumvent the security features of a network and/or information system.

Education is the key to helping people and organizations better identify online threats and keep themselves protected. To stay in the loop about all things cybersecurity, check out our blog and our Easy Prey podcast. The Easy Prey Podcast is the perfect way for us to reach a broad audience with stories and valuable information in today’s imperfect and sometimes dangerous world.