This article looks at the hacks-to-riches story of perhaps the most famous hacker that ever ran afoul of the law—Kevin Mitnick.

There are handful of names you’ll come across if you Google the term, “famous hackers.” Their stories are fascinating to read and will shock you in their boldness. Kevin Mitnick usually tops that list.

There’s also one thing hackers have in common, no matter how they operated or how much they stole. They got caught.

From that point they have a choice of what to do next, after they’d achieved fame in the hacker circles and were infamous in the eyes of the law and the public. At least that’s how It used to be.

Hacking isn’t what it used to be.

Fact is that the world of hacking has changed. Just listen to what this cybersecurity expert had to say on the Easy Prey podcast, hosted by Chris Parker, CEO of WhatIsMyIPAddress.com.


Although there are plenty of cybercriminals around today (millions across the globe), the hacker landscape has changed. It’s become more of a business than a single enterprise. Hacker organizations operate on a large scale today.

But in Kevin Mitnick’s time, it wasn’t like that. Kevin Mitnick gained his fame because he was among the most notorious of the early hackers.

If you search for the “most wanted hacker in the U.S.” on Google, you’ll see the Wikipedia page for Kevin Mitnick. Mitnick had a fascinating story that even resulted in the creation of a movie called Track Down. While it’s been a while since Mitnick turned away from the “evil” side, he is still considered the most notorious hacker in world history.

Kevin Mitnick was born August 6, 1963, in the San Fernando Valley, part of Los Angeles. From an early age he had a bit of prankster and small-time thief in him. Computers barely existed in his early years, for which he gained a taste for “getting away with things” and gaming the system, like riding busses for free and making free telephone calls. Eventually, he discovered the world of computers…and hacking.

Kevin Mitnick first went “big time” when he hacked the key network of a company known as Digital Equipment Corporation. He was dared by his friends to do it, and then his friends turned him in.

He was sentenced to 12 months in jail and was then on three years of supervised release.

But he didn’t learn his lesson.

It was during that time that Kevin Mitnick hacked into voicemail computers of Pacific Bell, a major phone carrier at the time. That triggered an arrest warrant—and that’s when Kevin Mitnick went on the run, becoming a fugitive for close to three years.

During that time, he went on a hacking spree—you could call it a rampage. He continued to hack into major networks.

The Fugitive. Hacker on the prowl.

According to the U.S. Department of Justice, Mitnick hacked into dozens of computer networks and was in hiding, but still very active. He used cloned cellular phones to hide his location and, among other things, copied valuable proprietary software from some of the country’s largest cellular telephone and computer companies.

They always get their man.

Mitnick pled guilty to his crimes in 1999 and was given a five-year prison, which included additional time for violating the terms of his earlier supervised release sentence. 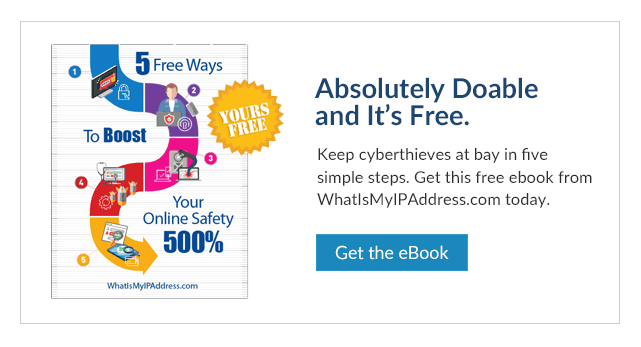 He turned from his notorious antics and found a way to use his knowledge and talents in a positive way. For more than 20 years he has been a consultant and runs his computer security company – Mitnick Security Consulting. He also established the IT training company KnowBe4, which has raised over $4.5 billion in post-IPO funding.

He’s written or co-authored several books, including an autobiography. He has appeared on numerous TV programs about cybersecurity and has also co-written four best-selling books. His net worth is estimated at $20 million. And it’s all clean money.

Of course, his hacking experience and firsthand experience of being a fugitive trying to stay a step ahead of the authorities are key to his success.

Chris Parker has interviewed many guest experts who provide amazing insights into the world of hackers and cybercrime. You can see a list of his episodes by visiting your favorite podcast platform.

Listen to the Easy Prey Podcast